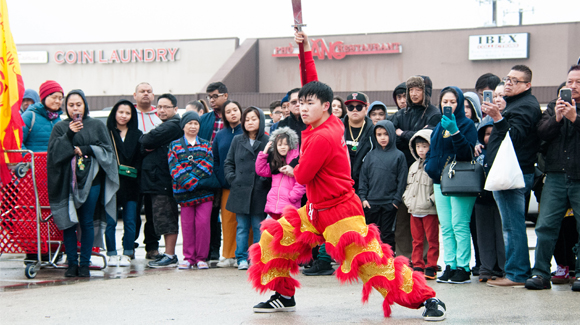 Jake Song has been training in the arts of Kung Fu for almost 12 years. He describes Kung Fu as like becoming a doctor. It requires patience, time, and hard work to complete. At age 8, he began his journey to the Kung Fu world under Sifu Jimmy Wong. He specializes in the following: Chin Woo Forms, Pu Dao, Nan Quan, and Liu He Ba Fa.

Jake has competed in numerous Kung Fu tournaments such as the Legends of Kung Fu Tournaments (in Plano, Houston, and Dallas), the Satellite Tournament in Dallas, and the World Star Tournament in Houston. He has also participated in Chinese New Year performances in numerous places such as the Winstar and Choctaw Casino in Oklahoma, and the AT&T Stadium in Arlington. To represent Sifu Wong and the school, he also performed at his high school after-school events such as the talent shows, the pep rallies, and the halftime football game shows.

Jake is currently a student at Richland College in Dallas, and works as an Associate at the United Parcel Service (UPS) Store. In a few years, he will be working on his bachelor’s in Anatomy and Physiology, and then be able to achieve a dream that most people are timid of doing: to become a professional martial artist.